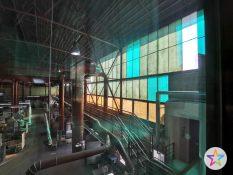 Pictures come and go
like the light and shadow, the seasons.
There, where yesterday and tomorrow meet,
the gaze wanders to the horizon
into green, gray, blue
towards the firmament. 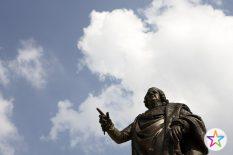 I live, work here,
on, with and across borders,
there, where the landscape grows beyond itself,
turning into reverie,
where the here becomes the there,
where light and shadow, near and far
sometimes are the same.

Art is playing an ignorant game with ultimate things and yet it reaches them! Débout, Homme!

When the edge moves to the middle, the view opens onto new territory.
Step by step my map develops, it fills with shapes and colours,
in the intermediate realm of art thoughts are free. 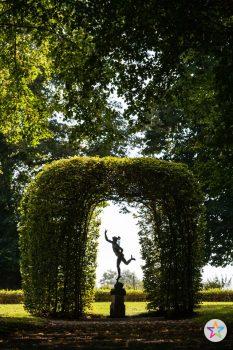 Books, large, small, narrow, comprehensive, simple, complex ones…
are piled on my desk, bridges between time and space.
Happiness of endless reading. 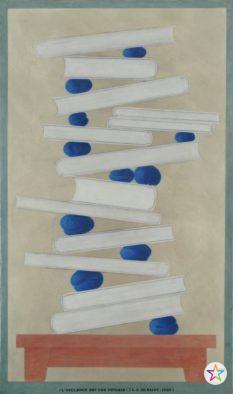 Words, sentences in different scripts and languages,
fixed to texts on white paper, leafs rectangular like the window
through which I look over the forest on the other side,
half in Germany, half in France,
border areas creating their own reality.

Even life arose on a boundary: on the surface of the earth,
between the atmosphere and the solid ground. 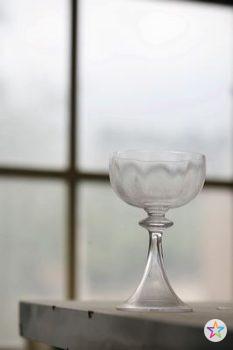 The window’s profiles determine the direction of the gaze,
creating a picture with a beginning and an end, beyond the horizon.
The section shifts, depending on position.
During the day, the light enchants the inside from the outside,
at night it is the other way around. 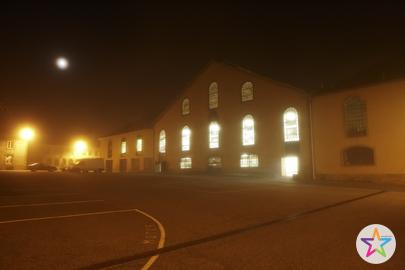 … ‘Whence do we come? What are we? Where are we going?’ A thought which has no longer anything to do with the canvas …

Paul Gauguin, Letter to a critic

An idea, a thought, can express itself
in different manifestations, take on different forms,
in a concept, in a picture, an object, a house,
a book, a website, a letter, a blog, an exhibition, a poem…
or a plan that follows the terrain –
and not the other way around.